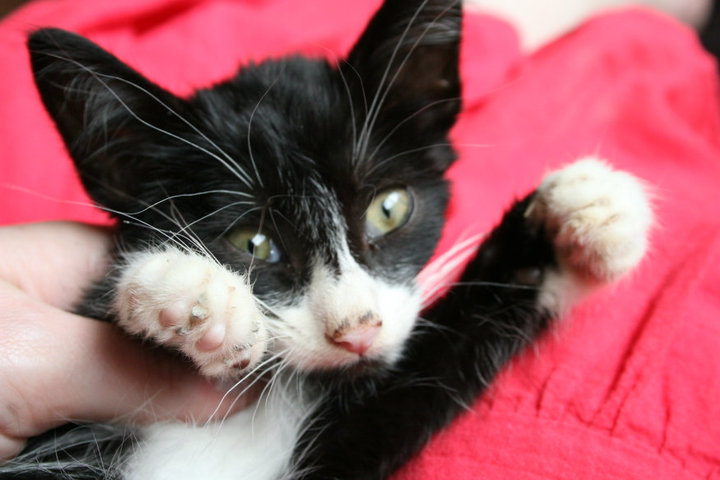 I don’t know where Venkmann (aka Twerp, OTHER cat) went. Everyone is sad. I’ve looked all over the apartment (even under the futon) and I can’t find him. My Over-Lords had him in the living room the other night, but neither of them would let me play with him. Maybe Venkmann was tired of my rough-housing. Maybe he asked them if he could leave. I would’ve played nice… maybe.

I don’t know. They put him in that horrid carrier and left. It was a couple hours before they returned and the plastic cat-jail was empty. The Over-Lords were crying when they got back, so maybe he escaped and ran away. I hope not. I think he’s too young to be on his own. He’s so little. There’s hardly any flesh on his bones.. I know, I’ve bit him (but, it was just “play” biting… honest).

Dr. Venkmann, the kitten we rescued nearly a week and half ago, passed away around 9am Tuesday morning from respiratory failure. Returning from work, Angie found him in our bedroom; quite listless with labored breathing. The vet at the 24-hour clinic thought he may have had some respiratory infection, but with a normal feline temperature, it was difficult to diagnose.

X-rays were inconclusive, but reinforced the opinion that his lungs were quite damaged. Perhaps it was a condition he was simply born with, but he had a 1 in 3 chance of making it. We did our best, but we had little time to get him well. We are very sad to see him go. He was a good little guy. At his peak, he was simply a “purr-factory” and quite playful. He shall be sorely missed. God takes kittens to Heaven… or at least, He should. 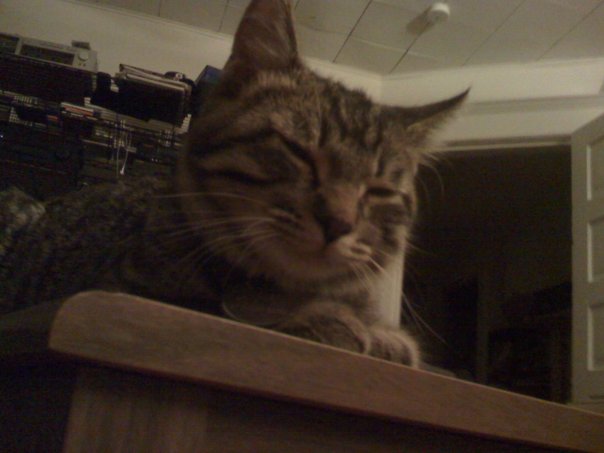