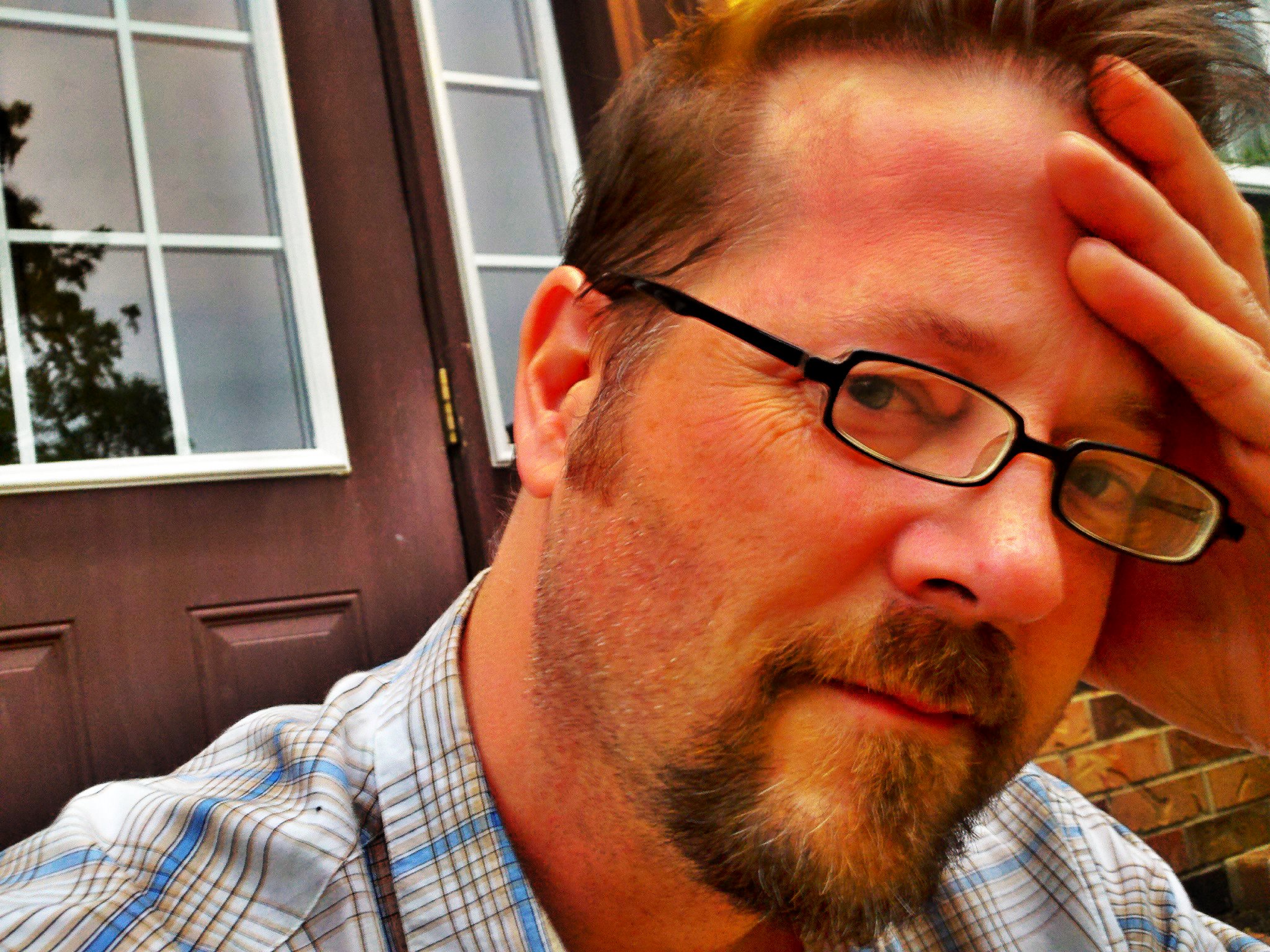 I describe myself the following way:

I am the divorced father of Jared and Haley, Master of Entropy, spokesman for Comics In Action, member of Riff Raff Theater, WordPress Web Developer, IT Support Specialist and bassist for Jos Pounds the Piano.

My two kids, Jared and Haley reside in Nashville, Tennessee. During the summer of 2006, after I took an Into to Film and Video class at the University of Iowa, these gifted kids wrote and storyboarded a screenplay for their independent movie concept. They created “Plumbers, Androids and Chickens”. I directed the film, sharing Director of Photography credits with both Jared and Haley. It’s hysterical and now up on YouTube, along with its 30-second trailer. Coming in at 3 minutes in length, the credits share as much screen time as the rest of the film. 🙂

I have been fortunate to be a member of Eastern Iowa’s Premier Improv Troupe, Comics In Action since its inception in 2001? They are a GREAT group of performers. We have had the pleasure of performing for Senator Tom Harkin. We’ve attended Des Moines’ Iowa Improv Festival for several years and at The Englert, the Mount Vernon/Lisbon Comedy Festival, and with Comedy Xperiment (Des Moines, IA), 88 Improv (Omaha, NE), The New Movement (Houston, TX) and local University of Iowa troupe, Paperback Rhino.

We’ve become a bit of a Rocky Horror Shadow Cast for Iowa City’s Englert Theater. I do not have enough digits to list the number of times I’ve seen The Rocky Horror Picture Show. :/

I also performed and wrote for (the now defunct) MST3K-style Riff Raff Theater. The only differences between Mystery Science Theater 3000 and us, was that we performed our shows “LIVE” at the Englert Theater and the scripts were crowd-sourced. 70% of the jokes were fan-submitted. It was a HOOT while it lasted, though. Check out the previous YouTube link and see for yourself. 🙂

I am also a member of Iowa City | Cedar Rapids | Creatives: A fine collection Creatives in the Iowa City/Cedar Rapids Metropolis. 🙂

From Cramer Dev: “…born out of a desire to connect the community of creatives and entrepreneurs in the Silicon Prairie with one another. It was one of our labs projects / social experiments that turned into something people really loved and adopted. It’s hard for one person to change a community, but by coming together as a group of like-minded individuals, it’s possible to fundamentally change the course of history.”

I’ve been working in Black and White photography since 2002. I can develop my own negatives, process my own prints (RC or Paper) and it’s a LOT of fun. Since then, I’ve been able to show my works at several coffee shops in the area. I don’t sell them, as I really don’t want to let go of any of them. 🙂 Even with the advent of “Instagram”, I still find the touch of a Canon AE1 to be the best feeling in my hands.

Seriously? I know. 🙂 It feels like half of my friends are clientele who are new-to-Wordpress people who are struggling with the numerous quirks of WordPress and its Themes and Plugins. The other half are my actual clients. People who are working with other clients and have asked me to help them work-out their own client’s issues. If you wish, or have the ability… you can either ‘donate’ to my personal cause, or (if you are one of my actual ‘signed-contract’ clientele) send your electronic payment through PayPal. The button below is very secure… one of the reasons I use PayPal. Here’s the link to help out… Contact Page 🙂

Most recently, I have been the WordPress Web Developer for Connell Communications in Cedar Falls, IA. I work from home, though. 🙂 Research, backups, editing, and trouble-shooting when ‘things’ go wrong. It’s what I do. Not only do I know my way around networked PC’s, laptops, printers and copiers… but, I know my way around the WordPress core PHP files, Plugins and Widgets. Not only can I solve Network Storage issues, but work my way around JQuery problems as well. It’s what I enjoy doing. 🙂

With 25+ years in Engineering/Programming, IT and Technical support positions, I am skilled in configuring, networking, and troubleshooting computer systems in Windows, Linux and OSX environments. I also have outstanding diagnostic skills. Systematic and methodical in solving problems. I have a very strong work ethic with demonstrated commitment to providing outstanding customer service. In addition, an easy-going and accommodating personality… known for going the extra mile to get the job done.

On this blog, I write about everything related to everything: covering more than what you want to know about technology, comedy, photography and my life-in-general. Fair enough? Cool. 🙂