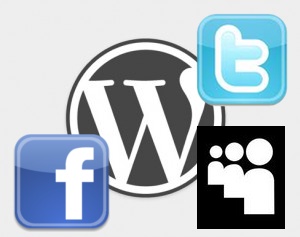 This is not so much a “How To” guide as much as it is a mild warning to the developers of Social Network plugins for WordPress.

Mostly, I’ve tried-out Social Links by Kareem Sultan and Social Links Sidebar by Commareus. Both have wide support for Social Network website, even sites I’ve never even heard of. A bonus if I ever find the need to use them. 🙂

The common issue I’ve run into with both plugins is their lack of foresight with how they integrate these websites with the user’s particular URL. In particular, they fail to integrate the length of the URL for Facebook user-pages into their plugin. They get pretty long. Both plugins appear to crop the length of the URL to 55 characters. This is where most people using these plugins run into problems. If the URL is longer than 55 characters, then the URL gets trimmed and anybody passing by gets a “Unable to find page” error. Whoops! 🙁

I was able to fix this through a LOT of trial and error. You will need access to your WordPress database, which you can gain through your hosting provider. Why? Well, if you’ve already installed the plugin, then the plugin’s database has already been created and the field length will have to be changed.

What do you look for? Well in the case of the Social Links Sidebar, you’ll have to edit the sociallinkssidebar.php file. Find the following function:

Within the function, you’ll find the following MySQL statement:

Of course, this needs to happen BEFORE you install the plugin. Just edit the PHP file with your favorite editor and you’re all done.

If (for heaven’s sake) you already activated the plugin, then you will have to deactivate it and remove the table through your hosting provider.

And this leads me to another complaint: If I deactivate your plugin, then take your stinkin’ table WITH YOU! Argh! Quit leaving that stuff behind! Seriously!